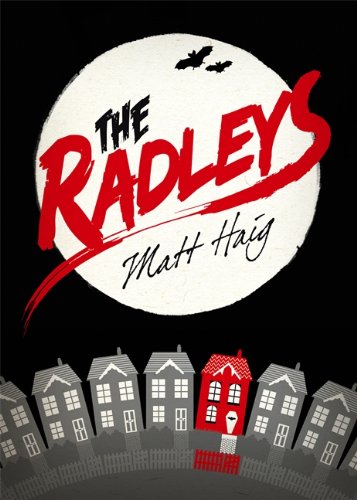 In a world where vampires are the hidden scourge on society, one family attempts to deny their natural instincts and live without blood in normal middle class suburbia. Meet the Radleys. Teenagers Rowan and Clara, know nothing about their vampire nature, whilst mum Helen and dad Peter try to hide the truth and pretend that they are just like everyone else. When they discover the truth and have the freedom to chose who they want to be will they embrace their vampire side or will they maintain the morals they have grown up with?

Review: Despite their very obvious differences to normal families, the Radley family are just like any other middle class suburban family with their people carrier, a loveless marriage, and fighting teenagers. This normality sits in stark contrast to their vampire side, and makes The Radleys so different from other vampire stories and makes this one so much more believable. If you're looking for something different in the vampire genre, then this is definitely the book to pick up next. Even if you're not into vampires I would still recommend this book, because the story revolves about the people and this in itself is captivating.

What really interested me about the family was that teenagers Rowan and Clara had no idea that they were vampires. The fact that Clara tried to become vegan and Rowan was bullied for being a freak, made me feel so empathetic toward them - growing up, going to school and going on dates is hard enough, without having to battle an innate addiction to drinking other people’s blood!

Interspersed between chapters were extracts from The Abstainers Handbook, giving tips and advice to well meaning vampires wishing to abstain from blood. These snippets add an extra layer of realism to the story and shows wider vampire culture and morals with a pinch of satire thrown in.

One thing that Rowan said really stood out for me and that was “repression is in our veins”. He wasn’t referring merely to his family, but to society in general. Just like an abstaining vampire, most of us plod along with our lives, afraid to break away from the norm, worrying about show our true selves and trying to fit in. Instead we keep up appearances and repress all our true instincts and urges. Matt Haig cleverly and satirically gives us this insight into family life, societal pressures and norms and with some dark humour shows us what can happen if you succumb to your primal urges.

I really didn’t like Will, not because his character was badly written but because of the exact opposite. His selfish and cruel character was written so well, that I couldn’t help but dislike him. Okay, I might have felt a teensy bit sorry for him, but that soon flew out the window. I do have to admit that his arrival added so much to the plot. Whereas the Radley family struggled daily and tried so hard to fit in Will completely embraced his vampire side, and by showing them an alternative way of living he shakes up the beliefs that they the family have lived by for so long.

Dark and witty, The Radleys is a unique addition to the vampire genre.

I am looking forward to reading this. I bought it a few weeks ago and just can't seem to find my way to it. *kicks over TBR pile*

I just finished this last week and I really liked it too. I agree with you, it is a different take on vampires and I thought it was great.